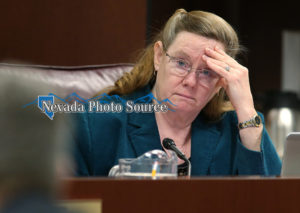 After the hearing conducted by Democrats in Carson City on Wednesday in a rare joint session lead by Assemblywoman Maggie Carlton, with Burnett’s testimony, 360 Daily.net has filed an official Freedom of Information request (FOIA) today.

The FOIA request filed by 360Daily.net is specifically targeting any and all emails, text messages and phone records related to Burnett’s secret recording of Nevada Attorney General Adam Laxalt going back to last year. The FOIA request targets Burnett, the Chairman of the Nevada Gaming Board and Assemblywoman Maggie Carlton’s communications.

Under Nevada law, both parties have five days to respond to a FOIA request from a news outlet.

360Daily.net is committed to transparency in our State and local governments as one of our core values. 360Daily.net has retained legal counsel and is prepared to file a lawsuit within 3o days from the service of the FOIA requests mailed today, as required by law, to compel compliance with the law and full accounting of everyone’s actions in this matter.

This could be a very interesting case, since Attorney General Laxalt’s office represents Burnett and would have to defend any such opposition to the FOIA request filed by 360Daily.net 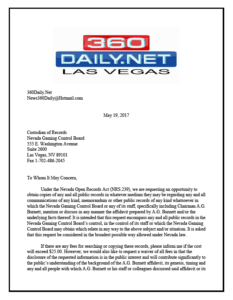 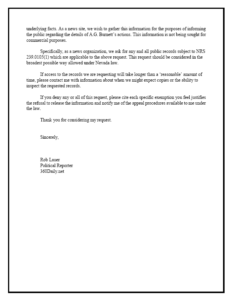 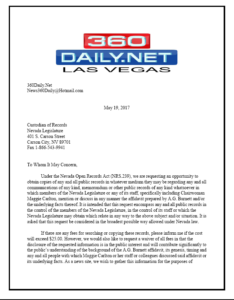 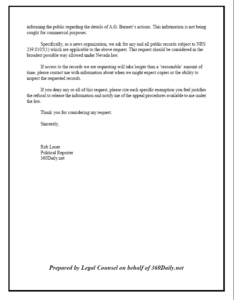